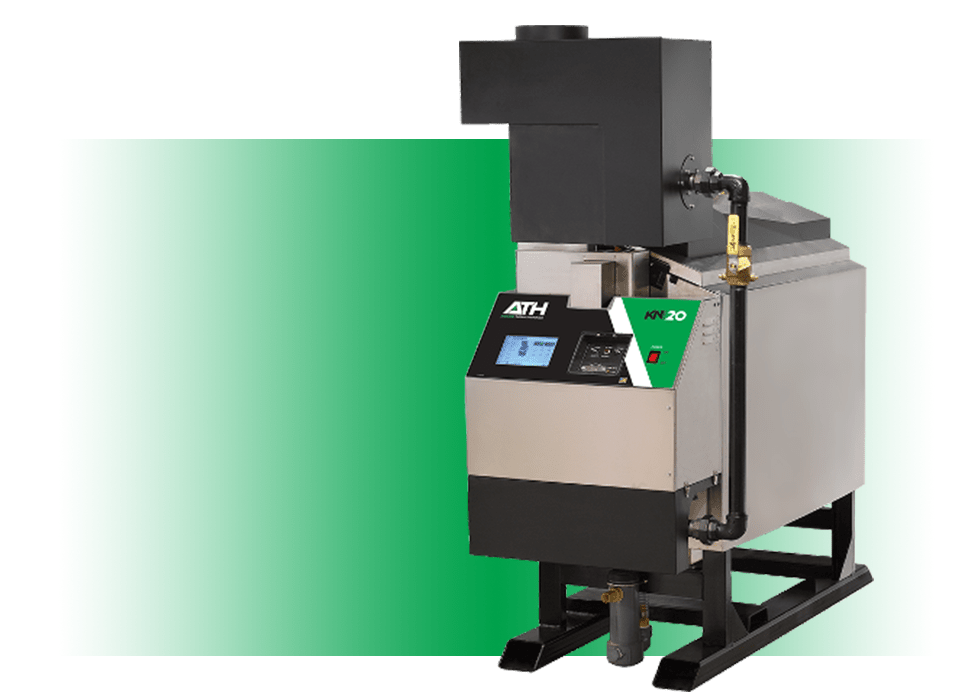 WICHITA, Kans. - It's a project that was a long time coming for Wichita. Recognized by many - especially Kansans - as the aviation capital of the country, the city's airport needed an upgrade to better reflect that title.

The KN-20s were installed by Comfort Sales Agency

It had already been identified as one of the fastest growing airline hubs in the country, but travelers still decried some of its less comfortable areas. It was cramped, for one. Whether it was baggage checks or facility management, little was happening behind the scenes, and the electrical, heating, and cooling systems were outdated.

Aimed at easing travel through the airport and maximizing natural resources for the sake of both form and function, plans to rebuild the terminal began as early as the late nineties, and culminated in a $200 million project to recreate what is now known as the Dwight D. Eisenhower National Airport. The new terminal opened officially in June 2015 with a new ticketing wing, nearly 800 outlets and USB ports attached to new seating for charging mobile devices, a revised baggage area, and 12 boarding gates, each equipped with glass boarding bridges with pre-conditioned air and ground power for aircraft.

It's in the latter two areas of the airport's renovation - and its brand-new parking garage - that KN Series boilers and control systems are able to contribute the most. Near a large, automated baggage system outside of public view, a mechanical room holds the terminal's heating and cooling systems and the eight cast iron, two million BTU KN 20 boilers that carry the majority of the load. The boilers are providing heating as well as de-icing in the service and tarmac areas. A key safety tactic, the de-icing system runs heat through an exchanger, then a glycol mix runs through piping in the ground to the tarmac. Each unit has its own pump, but the array is connected to common venting and fan systems. A separate project using three KN16 units was also completed in the parking garage, where they will be used to provide snow and ice melting in the structure and heat its offices.

It's a big job that consumes a vast amount of energy and, early on, administrators and engineers working on the project were keenly interested in curbing usage costs and dramatic spikes in those costs during colder months. Cast iron boilers are known for their longevity, able to stay on - or off - for longer periods of time than those made with other materials such as stainless steel. As a result, they are particularly efficient with load matching, and they're also experiencing a bit of a renaissance of late in large construction projects due to their recyclability, cost effectiveness, and availability, in addition to the advent of more sophisticated control systems. All of the KN units in both the terminal and parking garage, for instance, are networked together through HeatNet 3.0, an innovative airflow management system that allows the boilers to reach efficiencies as high as 99%.

HeatNet 3.0 is the latest version of the HeatNet control system. In addition to its touchscreen interface and real-time remote monitoring of boiler temperatures, limit circuit inputs, and overall system demands, the integrated HeatNet 3.0 boiler management system is capable of controlling up to 16 boilers, and can easily integrate with most building management systems. It also works in tandem with RBI's Whirlwind Fuel/Air Coupling combustion system, allowing for safe, efficient operation at all firing levels - including situations in which external resources could negatively affect the air-to-fuel ratio. Whirlwind technology also allows for reduced vent sizes with increased vent lengths.

At Dwight D. Eisenhower, HeatNet communicates among all boilers and reports information to the airport's common building system that controls lighting, HVAC, electric, and other systems, and allows for one-screen monitoring from a central location. A 330-foot-long sculpture created by Oregon artist Ed Carpenter, for instance, calls attention to the incorporation of natural light meant to evoke images and feelings of flight and space, ascent and descent. Skylights above provide a continually changing color pattern on the walls and floor below. The new terminal and parking garage projects were funded with airportgenerated revenue and fees collected from aviation system users. In 2016, it served more than 1.6 million passengers, many of whom have recently returned to calling the hub "the air capital of the world."