The Flatley Company
The perfect fit 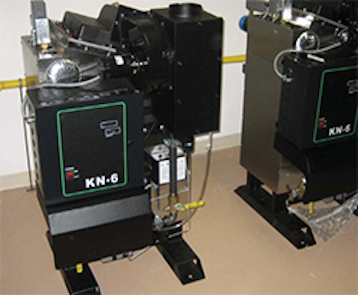 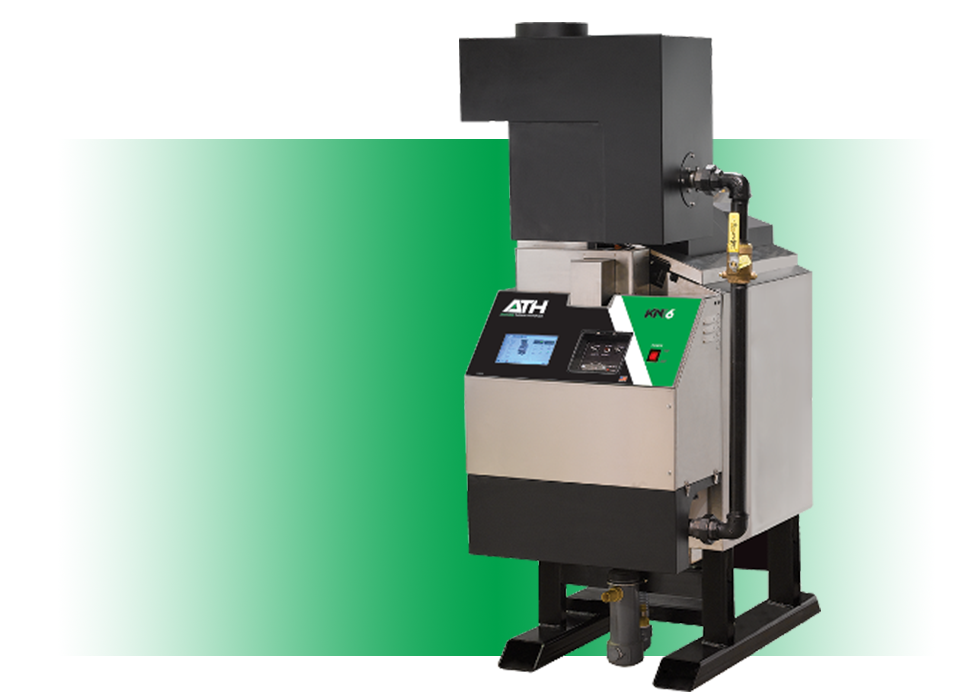 The Flatley Company is one of New England's leading real estate development and management companies. The firm operates more than a dozen corporate office facilities in the greater Boston area including One Corporate Place in Danvers, Massachusetts, a four-story office facility built in the mid-1980s. When the original boiler in the Danvers facility started showing signs of aging, Flatley knew that it had to solve the problem before the winter heating season arrived. The original heating system was comprised of a copper fin boiler connected to a heat pump loop that forced hot water through the various zones to provide baseboard heat throughout the building. The new boiler had to be compatible with the existing heat pump system, require a minimal amount of plumbing and provide higher efficiency to minimize fuel consumption. Lastly, the new boiler also needed to fit into the small 12 x 12 foot boiler room.

Flatley turned to Sweeney-Rogers Corporation of Franklin, Massachusetts, a manufacturer's representative firm serving the plumbing, heating and HVAC industry. The company specializes in commercial applications that require high efficiency solutions. 'After a thorough analysis of their system and needs, we recommended that they go with two KN6 cast-iron boilers,' said Mike Rogers of Sweeney-Rogers. 'This would provide Flatley with the same 1.2 million BTU of heating capacity, which was what the old system offered.' Most importantly, the new boilers are much better suited for the application and low water temperature in the existing system.

'Water temperature was really what killed the old system,' said Rogers. 'In a typical hydronic system with the old type of boiler, the water temperature would be in the 130 to 190F range, depending on the actual heating requirements of the building and the outside temperature. The problem was the temperature was much lower, around 80F, which required a condensing boiler for the system to work properly.' Unlike the previous boiler, the KN6 is a condensing or high efficiency boiler that operates with lower flue gas temperatures, lower flue gas emissions and reduced fuel consumption by recovering the heat that would otherwise be lost up the flue. With a small footprint of less than 27-in. wide, Sweeney-Rogers was able to specify two boilers that had the same general footprint as the original boiler, and provided the owner with the added reliability and peace of mind of a redundant system.

High efficiency boilers typically operate at efficiencies of 85 to 95%, or about 10 to 15% higher than traditional boilers. This boiler design was ideal for The Flatley Company property and promised to provide an estimated 15% to 20% higher efficiency rating than the old boiler, resulting in significant potential fuel savings. The Legacy Management Group, Inc. (LMG) of Wellesley, Mass., an integrated property management company that specializes in HVAC, general maintenance and janitorial services, was hired to install the new boilers for Flatley. From start to finish, the job went very smoothly and was completed in October before the weather turned cold, and the start-up, supervised by Sweeney-Rogers, went without a hitch. 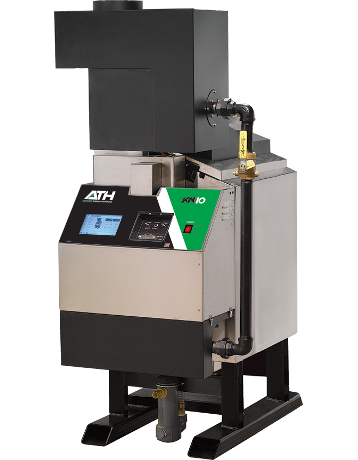