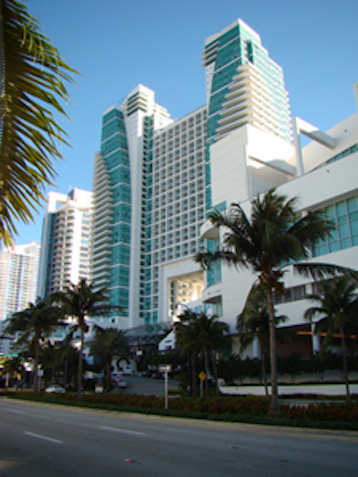 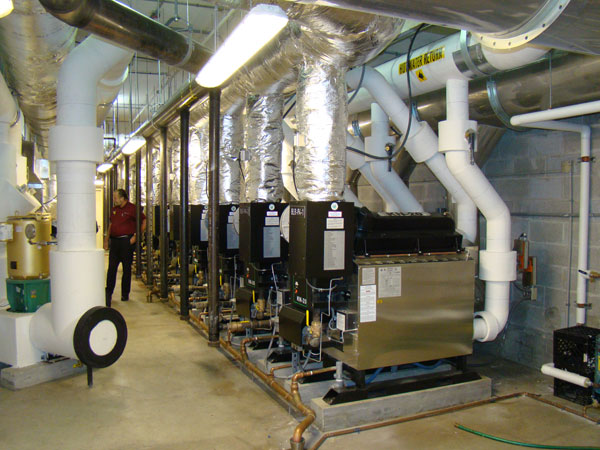 KN10, a 1 million BTU boiler, provides the town of Springfield, Colorado, with the peace of mind that comes from knowing that its standby electrical generators are always ready.

The KN20 Contributes to the Restoration of a Historic Luxury Hotel

The Westin Diplomat is, perhaps, the best and most luxurious hotel in the Hollywood, Florida, area. Rich in history, the Diplomat is a restoration of the older hotel that once was host to the stars, including members of the famous 'Rat Pack' Frank Sinatra, Dean Martin and Sammy Davis, Jr. The original hotel fell on hard financial times and, in 1998, five hundred pounds of dynamite were used to implode the historic hotel. In 2002, a new era for the Diplomat began as a brand new 1,000-room luxury hotel opened in its place and is now leading the way for an apparent regeneration of the Hollywood oceanfront.

Less than 10 years after construction was completed, leaking hot water pipes buried under the main A1A roadway between the Westin Diplomat Hotel and its boiler room across the street plagued the hotel, damaging the roadway. The road had been repaired numerous times and yet it continued to crack and threaten collapse. The cost to repair the roadway and piping were estimated to be in the millions of dollars. It was not only a huge expense for the hotel but also a safety hazard. Something had to be done to fix the problem and unfortunately compounding the situation aside from the costly repair estimates was that the hotel could not afford to shut down to allow for the substantial construction project to be completed. The hotel needed a new boiler system and they needed the system to be completed quickly, in an alternative location, so that a seamless changeover could occur.

ESI Consulting Engineers, Inc. of Doral, Fla., was brought in to assess the application. They recommended abandoning the old mechanical building which included two 250 hp hot water boilers. In its place, they recommended constructing a new boiler room on the fourth level of the parking garage. With space at a premium, however, the proposed new boiler room would need to be substantially smaller than the original 40,000-square-foot mechanical building. It was determined that a space of only 5,000 square feet would be carved from the hotel parking garage to house the new boiler equipment, a substantially smaller area than the original layout.

Working closely with ATH manufacturer's rep, Al Karch Energy Systems, ESI designed a system that would include nine ATH KN20 boilers with accommodations for two additional units should the heating requirements of the hotel increase in the future. The high capacity, small footprint, and ultra high efficiencies of the KN Series condensing cast-iron boilers were an ideal solution. The new system would provide domestic hot water, kitchen and laundry hot water, hydronic heating, pool heating and re-heat/humidity control for the hotel. Installation costs of the KN units were kept to a minimum as the compact size of the KN Series units allowed them to be transported up to the fourth level of the garage via a forklift, eliminating the large expense of a crane and rigging.

With no chimney available, the ability of the KN to be direct vented through a sidewall was critical. The KN20's are direct vented inconspicuously out the front of the building with an Exhausto Chimney Automated System. All nine boilers in the system are controlled in a master/ member network utilizing Heat-Net, ATH's proprietary integrated boiler management system which provides precise system control maintaining peak efficiency thru continuous system monitoring and firing rate modulation. The HeatNet System is tied into the hotels' Modbusbased building management system allowing for constant performance communication for ultimate system control. The boiler system, in fact, has surpassed the client's expectations and has seen annual fuel savings of 18'20% over the previous system's fuel consumption. Management of the Westin Diplomat is thrilled with their new KN Series' based heating system, which has not skipped a beat since installation.